How To Avoid Bank Fees And Penalties

Having a bank account is a necessity but it can quickly get expensive when you have to pay a lot of money in fees and other expenses. If you notice that your feels are piling up you want to consider ways to avoid having to pay too many fees. There is no reason to waste your money. Just take the time to research the different banks and see how much they are charging for different fees and penalties. There are some fees that cannot be avoided such as ATM fees. The only way to avoid those is to purchase an ATM machine for yourself (your store). Read on to learn more about avoid fees with your bank. 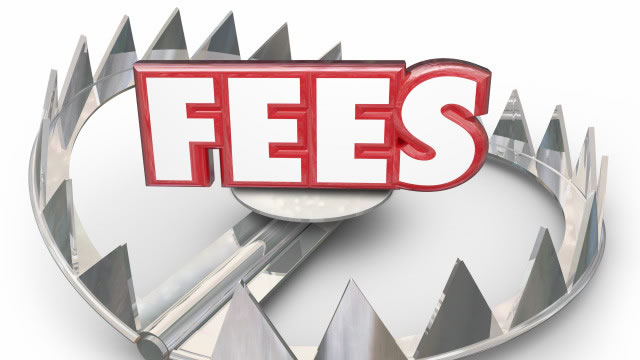 One of the best ways to avoid having to pay a lot of fees and penalties is to choose a free checking. These accounts won’t charge you fees to maintain the account. You will save money right away by one of these accounts. They do charge fees for overdrafts and other things so make sure that you take the time to find out what those fees are going to be.

One of the best ways to avoid paying overdraft fees is to make sure that you always monitor your bank balance. You have to know how much you have in the bank so you don’t have to worry about spending too much money. When you know how much you have to spend it will be a lot easier to only spend what is in your account. If you spend too much money you end up with a huge overdraft fee that you have to pay. Monitoring your bank account will pay off big.

The best way to find the accounts that you want is to research the different accounts so you can find the ones that offer the best prices. It is very important to find the lowest prices so you save money. When you find the prices that are good you can go ahead and change to a new account. You save money when you do this and it is a lot easier to save money. Spend some time online looking at the different accounts that might work for you and then make your decision.

Avoiding bank fees and penalties is easy if you do your research. You can save a lot of time and money when you choose accounts that help you save money. The best accounts are going to save you a lot of money and you won’t have to pay fees.

More Reasons People Still Use ATMs In The Digital Age

Even though a majority of consumers are doing their banking and shopping online, people still actively use ATMs. There are plenty of reasons for this. Below, we will be going over some of the reasons people still use ATM machines in the digital age.

One of the main reasons a lot of people still actively use ATM machines is due to the convenience and the speed they are able to offer. For those that frequent ‘cash only’ businesses, it is the easiest and most convenient way to get cash to use for it. For those that want to order from a business that only accepts cash, they might need to withdraw money from an ATM machine nearby.

Another big reason ATM machines have managed to survive the digital age is due to the emergence of greater and much more enhanced technology. This enhancement of technology and security has made it possible to handle a lot of the richer transactions that typically would have had to been conducted through a bank. Because there is now video teller technology and other identification enhancements, it makes doing big transactions with ATM machines much more feasible than ever before.

A lot of people are tempted to use cash forms of payment rather than credit card and debit card because of all of the retail breaches that have occurred with POS systems at brick and mortar locations and even online. Because of the commonality of these breaches, it makes using cash a much more preferred form of payment for those that value secure payment solutions. There is nothing more secure than using cash as a form of payment because you are not going to put yourself at risk at all by doing so.

Another big reason a lot of consumers are sticking to using ATM machines is due to the amount of accessibility that they now come with. In fact, there are a lot of debit cards that will even pay the ATM transactional fees associated with withdrawals you make. As a result, it makes it much easier on the wallet to use various ATM machines. Along with this, there are more ATM machines to use than ever before. This ultimately makes it much more accessible and convenient for those that need to rely on ATM machines to get the money they need to use to make transactions.

Overall, there are plenty of different reasons people opt for using ATM machines over other methods even in the digital age. For some, it comes with an enhanced level of security and peace of mind. For others, it comes from the fact that it still manages to offer some of the most convenient ways to pay for things. However, the fact remains, ATM machines are here to stay. Not only are they much more accessible than ever before, but they are much more secure and much easier to use to their fullest potential as well.

Why Are People Still Using ATM Machines in a Credit Card and Online Shopping World?

In a world where many people are doing online shopping or paying for their goods and services with credit cards, you are probably wondering why ATM machines even still exist. However, there are a few good reasons why they are still being used by business owners and those looking to take out cash from their debit or credit cards. Click here for more information on how to
purchase an atm machine for your business.

Trouble Getting Approved For Merchant Services

Some establishments run cash-only businesses because they have a difficult time getting approved for merchant services for one reason or another. Although they may want to accept credit and debit card payments, they could end up installing an ATM machine inside the building. If any of their customers want to pay with a card, they can use the ATM to pull out the desired amount of cash before paying for their purchases.

Deposit or Debit Cash Without Seeing the Bank Teller

Some ATM machines allow you to deposit cash or even pull cash out. You may want to pay cash for something specific, such as laundry services at the laundromat. Instead of paying with your card, you can pull the cash out from the ATM and then pay for the goods or the service right away. If you do not want to stand in the long line at the bank to deposit some funds with the bank teller, you can deposit your funds at the ATM, avoiding the trip to the bank altogether. If you know you are going to make an online purchase and you only have cash, you can quickly deposit that cash into your account before you buy something online.

Some people still prefer to use ATM machines to take cash out or even to deposit some cash into their accounts. There are some businesses that still run cash-only businesses but offer an ATM machine to their customers to use if they need to take out cash before they pay.

How Will The Rise Of Cryptocurrencies Affect Banking And ATM Machines?

Cryptocurrencies such as Bitcoin and XRP have taken the world by storm. Click here if you are asking yourself what is Bitcoin?

Many investors are stating this is a part of the future and may turn banking upside down. Is it truly going to have a major impact on banking and the use of ATM machines? Experts from around the world believe it will and it’s important to remain aware of these potential changes before they’re implemented.

Let’s take a look at how cryptocurrencies will affect banking and ATM machines.

It starts with faster transactions.

Most banks are not as swift when it comes to moving funds from one place to another. This becomes apparent as soon as international transactions are involved. With blockchain technology, the ledger is going to record the transaction in a matter of seconds especially with newer innovations among established cryptocurrencies. When this starts to become a built-in reality, it’s obvious banking transactions will begin to slow down and won’t complete as well with cryptocurrencies.

There are numerous hurdles involved with traditional currencies that are not as evident with Bitcoin or similar payment cryptocurrencies.

The fees are exorbitant in the banking world and that is one of the biggest problems people have with modern banks.

Imagine sending funds to other parts of the world and having a massive percentage taken off the top. This is where cryptocurrencies are able to come into action and make sure the funds are moving across the world without a problem.

Everything is going to be handled by the digital ledger and it’s not going to cost ridiculous fees as associated with traditional banks. Everything is seamless, quick, and without the presence of high fees.

Yes, there are many Bitcoin-centered ATMs sitting around and each one is important in building the infrastructure necessary for day-to-day use. Many individuals are already tapping into their wallets with the help of these Bitcoin ATMs.

Over time, more and more are going to start popping up around major city centers because of the underlying demand. When this is the case, it starts to take over in comparison to traditional ATMs. How widespread the use of cryptocurrencies is going to be will depend on the demand between average users. Are they willing to make use of their cryptocurrencies like Bitcoin on a daily basis? When there’s a proper setup in place, this will become the go-to option for most people and as a result, you will notice a rise in Bitcoin ATMs.

These are the many changes that are going to be seen in the banking system because of cryptocurrencies such as Bitcoin. With so many people already committing to the use of Bitcoin, it is becoming apparent there’s a serious demand out there for the use of these digital assets. They offer a variety of advantages traditional options don’t offer, which is important to modern users. With time, it is only going to get stronger and that is what banking professionals are looking at around the world.